Culture is the constructive force of individual and collective identities. It encompasses both tradition and the change thereof. The cultural space is then by definition a place to experience our society, a space to exhibit its challenges and contemplate new possibilities. This brings the museum into the realm of urbanism, as it creates a place to deeper understand, form and share identity, reinforcing as such our sense of citizenship. For the new Museu Nacional de l’Automòbil d’Andorra we applied this idea to a building by giving more space to its citizens, together with architects Toni Riberaygua ​and Andreu Riba.

A MOTOR OF CHANGE, A CHANGE OF MOTOR

The automobile has been an important force in the development of communities, especially for Andorra, a country located in the Pyrenees, which was isolated from the world until the democratization of cars made it possible to connect, trade and travel. In the midst of the evolution of transportation, cars went from being a symbol of progression to a restrictive component for the citizen, as towns and cities are now designed for cars rather than people. The town of Encamp (Andorra) therefore initiated a new urban strategy by making the main road surround its city center rather than cutting right through it, thus restituting the space to the community.

As part of the second phase of Encamp’s urban plan, the MNAA aims to transcend the construction of a new building for Andorra’s history of the automobile by prioritizing and humanizing the public space around it. Positioned between two public buildings (the Town Hall and Ministry of Culture) the building creates a dialogue between the three entities, while two additional squares and a staircase add new value to the public area. The museum thus takes over the preliminary role of the automobile by becoming a catalyst for connection, movement and change.

The design of the museum is underpinned by a new topography that allows for the building to blend into the urban fabric of Encamp. In order to not overpower its surroundings, the building delves underground, where we find the new public squares that let in natural light from above. A variety of inside ground levels creates rhythm, favouring a dynamic exhibition circulation that plays with the views of the visitor. Above ground, the emerging facade comes in a translucent and fragmented shape (both by the vertical structures and the contorted roof), providing the pedestrian lane with a symbolic endpoint.

Though the MNAA’s catalogue is considered one of the most important ones in southern Europe, the museum doesn’t solely focus on the singularity of its pieces. Vehicles are showcased in a route following the evolutionary narrative of Andorra and its transportation methods. A set of temporary expositions spurs visitors to reflect: What did the automobile mean for Andorra? What does it mean to us today? What are new transportation approaches and how will these affect us? Does moving faster necessarily imply we are progressing? The museum thus becomes a symbol for the evolution of Encamp and Andorra, while projecting new ideas for the future. 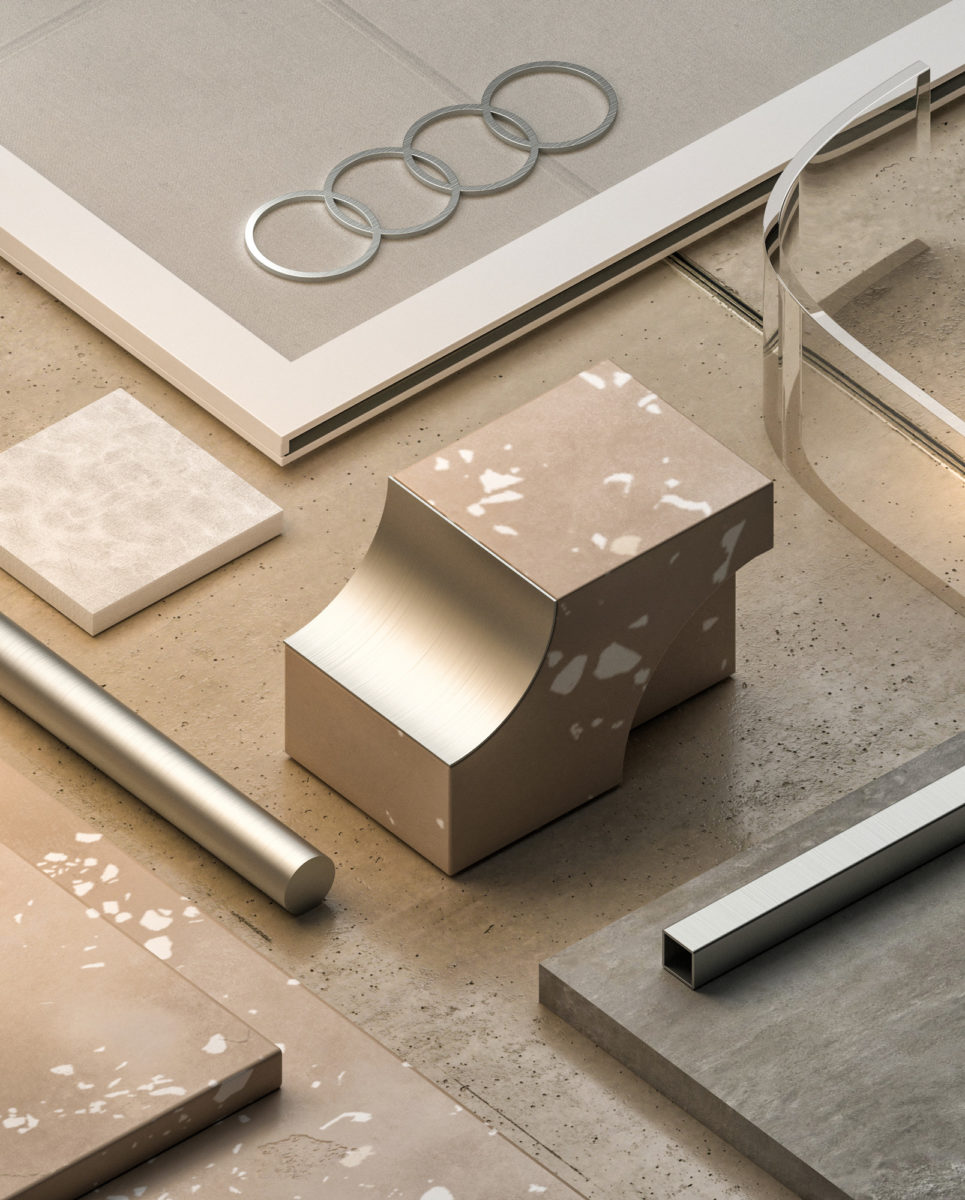 A spatial identity for Audi

Respect is not purely mimetic

From closed off box to experiential Archipelago